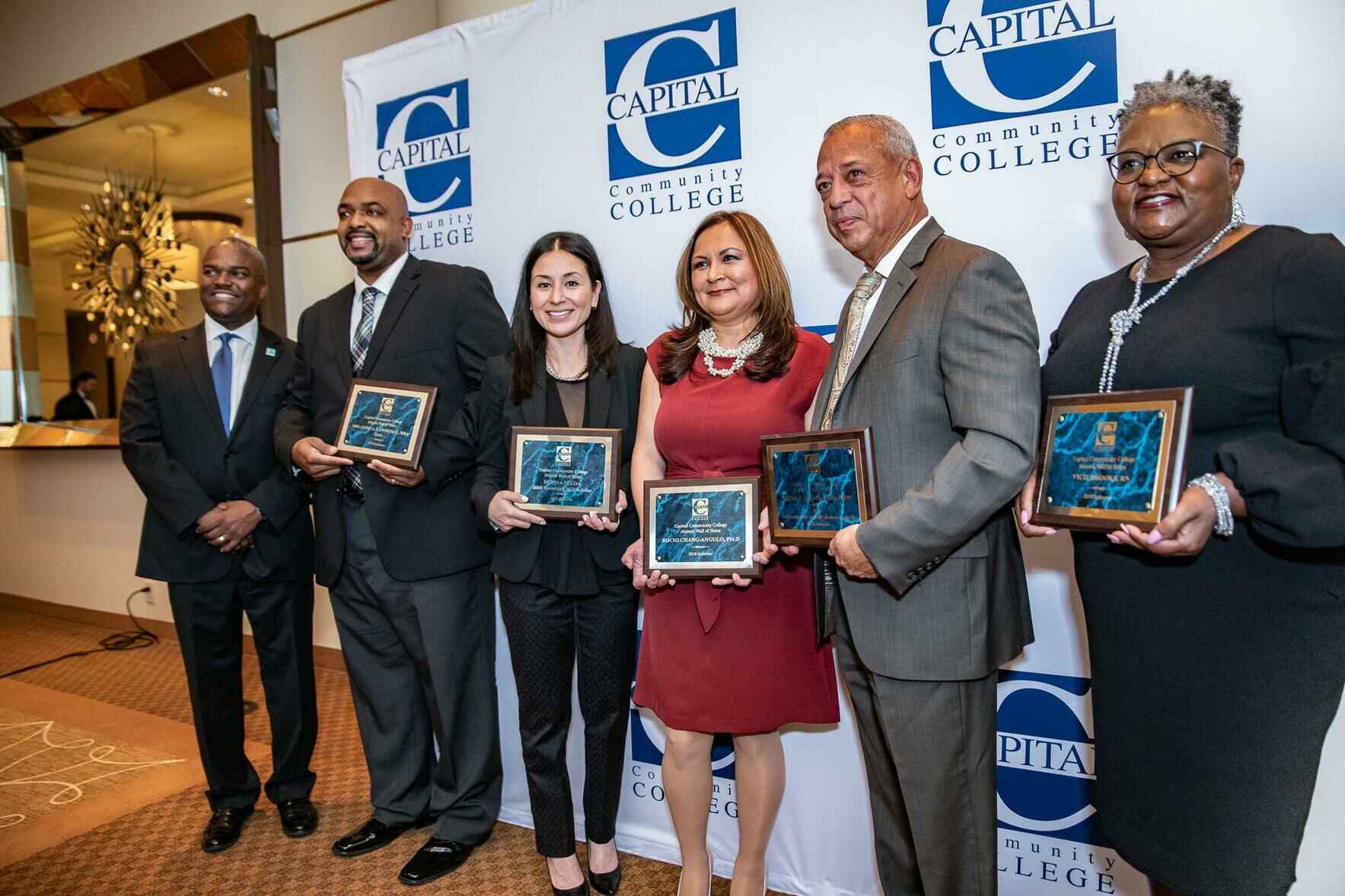 Join us for an inspiring evening that continues the tradition of "Changing Lives" at Hartford's community college. We will honor our distinguished alumni, celebrate student success and raise funds to support our Equity Center, Bridge to Morehouse & Mentoring Programs, and our new manufacturing program.

This is a PARTY WITH A PURPOSE. Bring your dancing shoes!

Charles Christie, born and raised in the North End of Hartford, Connecticut by Luther B., and Dorothy Christie. He is the seventh of eight children that grew up with a sense of pride for the City of Hartford. He and his wife Gina who have been married for 36 years live in Bloomfield, CT and have raised three children. Together they work hard to instill the passion for the community in their children, a trait he acquired from his own parents. His wife and their three of children are involved in community service and volunteered in the Jazz Festival. Charles’s parents were also community volunteers, which doubtlessly played a major role in his passion for his community.

In 1990, Charles began serving as President of the Friends of Keney Park, with the goal of developing, maintaining, and enhancing one of the nation’s oldest parks. When the Friends of Keney Park, under different leadership, ended their sponsorship for the Family Day Festival, Charles founded Family Day Enterprises Inc. The main purpose of the Festival, was to encourage families to enjoy the park, and have a sense of pride for their community. Charles was the Event Coordinator and headed the fundraising for twenty-five years, which was a labor of love for the park where he spent his childhood.

In 1995, Charles joined the Greater Hartford Festival of Jazz as a Board Member, and then was elected Vice President of the Board in 1998. Mr. Christie’s responsibilities included event coordination, fundraising, vendor coordination and marketing. In 2009, Charles was appointed President of the board, and he still holds this title. As a native resident of Hartford, Charles has happily and dutifully served the Hartford community for a major portion of his life as a volunteer. The Greater Hartford Festival of Jazz has grown to be one of the largest free public festivals in the country. The 2022 GHFJ had a kickoff on Thursday evening with the Hall High School Jazz Band, then followed with three days of amazing performances, including Grammy Award winning artists. The festival was well attended, with an estimation of over 100,000 people in attendance over the four days.


Aside from the GHFJ, Mr. Christie has been employed at Travelers for more than thirty years. He is presently a Team Lead for Desktop Services running the Cyber Link. He also holds the position of Assistant Pastor of New Covenant Baptist Church in Bloomfield. In addition, he serves as a member of the Board of the Bushnell Park Foundation. Charles Christie has a lifelong passion for and dedication to the community, to uplift and bring people together through music and other forms of art. He enjoys giving back and hopes to foster pride and inspire others to get involved and be active in their communities.

Born, raised and educated in Hartford, Nick graduated from Hartford Public Schools. Widely known for his enthusiasm for sports and mental health advocacy, he is a multifaceted leader and learner. He was raised by a strong Latina mother, who modeled caring for others and loyalty to family and community. As a state social worker, Iris Ortiz worked daily to make sure families had their needs met, and also cared for her own large extended family. Sports had a large role in Nick’s childhood, and basketball was key to his leadership development.

After graduating from Hartford High School, Nick obtained his Associates degree in Social Work from Capital Community College. His academic career was also accompanied by early fatherhood when his wife Melitza Diaz Lebron gave birth to their son Nick, Jr. This makes Nick doubly responsive to the needs of young parents and single income households. Over the years, the family welcomed daughters Jennika and Savannah.

As a life-long learner, Nick pursued a Bachelor’s degree in Psychology from Trinity College and later followed with a Master’s degree in Public Policy also from Trinity. His advocacy for policies concerning environmental issues and LGBT+ rights was deepened through his studies. His career has taken him in many directions, including advancing gun control legislation after the mass shooting at Sandy Hook. Nick helped organize hundreds of youth and families in the Greater Hartford area to advance legislation (PA 13-178) for stronger systems and more comprehensive mental, emotional and behavioral health services for young people across our state.

Sports are Nick’s passion, and any given Saturday he can be found coaching basketball around the city. He is a founding member of Active City (AC), a non-profit organization dedicated to ensuring that Hartford’s young people have access to organized and affordable youth athletic programs. To date, over 2000 youth have participated in AC’s basketball, soccer and cycling programs and teams.

Nick has been a key organizer of the Movies in the Park program, which provides free summer fun in neighborhoods across the city. As a former small business owner, Nick understands the importance of having a thriving “main street” with local shops that serve and employ local members of the community. He’s also been a consistent proponent of increased community participation, partnership and voice when it comes to the city’s decision-making process. When it comes to his new role on City Council, Nick says, “My highest hope is to use my position to open doors where there was once a barrier to the wealth of opportunities Hartford has to offer to residents and families.”

Melissa Rodriguez, MBA, is an alum from Capital Community College with an Associate Degree in Liberal Arts (2006-2009), an alum of the Travelers EDGE (Empowering Dreams for Graduation and Employment) program (2007-2011), and an alum from the University of Connecticut with a Bachelor’s Degree in Business and Technology (2009-2011). In 2018, she obtained her MBA in Finance from the University of Hartford with a GPA of 3.9. She is currently a Marketing Consultant working closely with senior management on the Property side of Business Insurance.

In 2017, she received an award from Traveler’s CEO, Alan Schnitzer, at the Shareholders’ meeting on May 18. The award is called GRIT which stands for the power of passion and perseverance for very long-term goals. As defined by Angela Duckworth, “Grit is having stamina, sticking with your future, day in, day out, not just for the week, not just for the month, but for years, and working really hard to make that future a reality. Grit is living life like it’s a marathon, not a sprint.”

Her goals are to continue to give back to the community, continue to grow in her career, and become a part-time college professor. As a steppingstone, she is currently a mentor and have served as a mentor for several years now and she is also a manager to interns and scholars.

In her spare time, she enjoys spending time with her family. She likes cooking, baking, fishing, swimming, volunteering, playing dominoes and playing sports.

She was born in New York and raised in Connecticut. She currently resides in Windsor with her fiancé Manny, their two daughters: Valerie (9 years old) and Samantha (5 years old).

Karen Taylor is a long time Hartford resident and is currently serving as the City of Hartford’s first Director of Equity and Opportunity. Prior to leading the City of Hartford’s Office of Equity & Opportunity, she created DEI Learning and Development strategy for a Fortune 25 corporation across their global enterprise. She has over a decade of expertise in developing, designing, and facilitating curriculum to empower communities to examine how organizational processes are impacted by our individual identities. She is a certified diversity trainer with a broad range of experience facilitating discussions on building inclusive communities in the education, nonprofit, government, and corporate sectors.

She is an active supporter of educational equity initiatives and has served on the board of directors for Hartford Public Library, Hartford Public Schools, and CREC. She is a graduate of Leadership Greater Hartford’s Quest program, and a recipient of Hartford Business Journal’s 40 Under Forty Award. Karen earned her B.A. from Trinity College in Educational Studies with honors.

Thank you to our Lead Corporate Sponsor:

Contributions to the Capital Community College Foundation are tax deductible to the extent allowed by law. Net proceeds will benefit the College's mentoring programs and the scholarship fund.

The Value of Giving To The CCC Foundation
Capital, with a mission to provide residents with a “quality, affordable education”, lowers the cost roadblock that so many people encounter in pursuit of college. Over 70% of entering Capital students – most of them the first in their families to attend college – qualify for some form of financial aid. Gifts to the CCC Foundation are increasingly important to maintaining the access mission and to continuing Capital’s tradition as a stepping stone to academic achievement and professional careers for individuals who otherwise would not have the opportunity to go to college.

A big thank you to our sponsors! 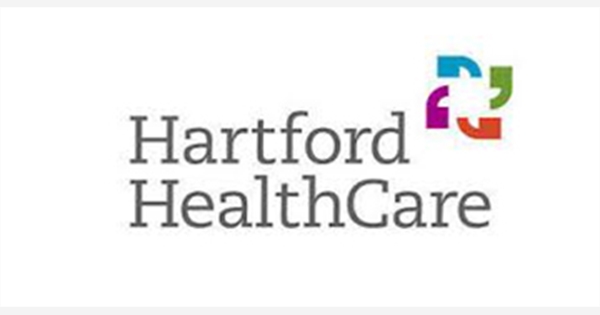 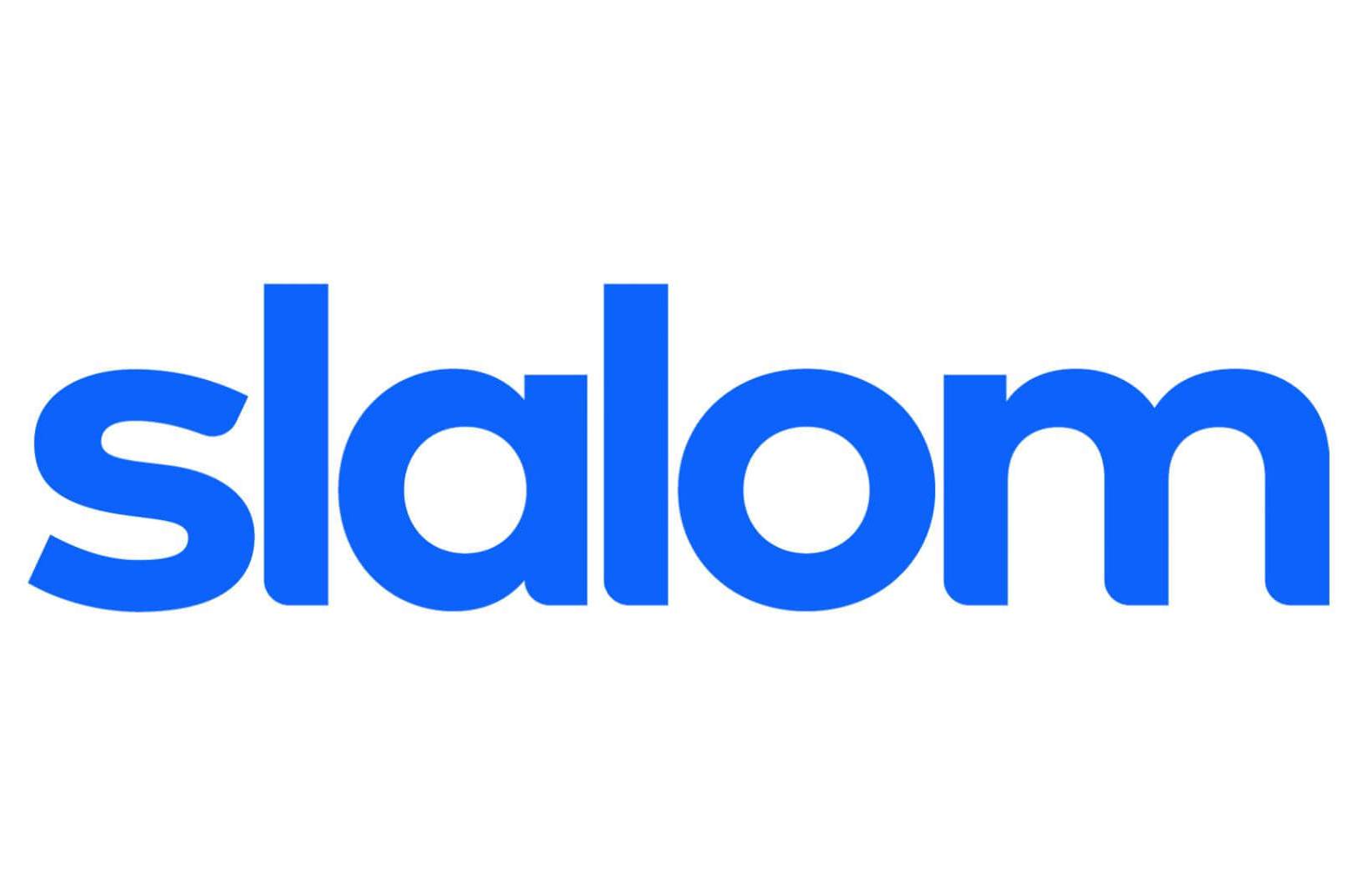 Support us with a donation.